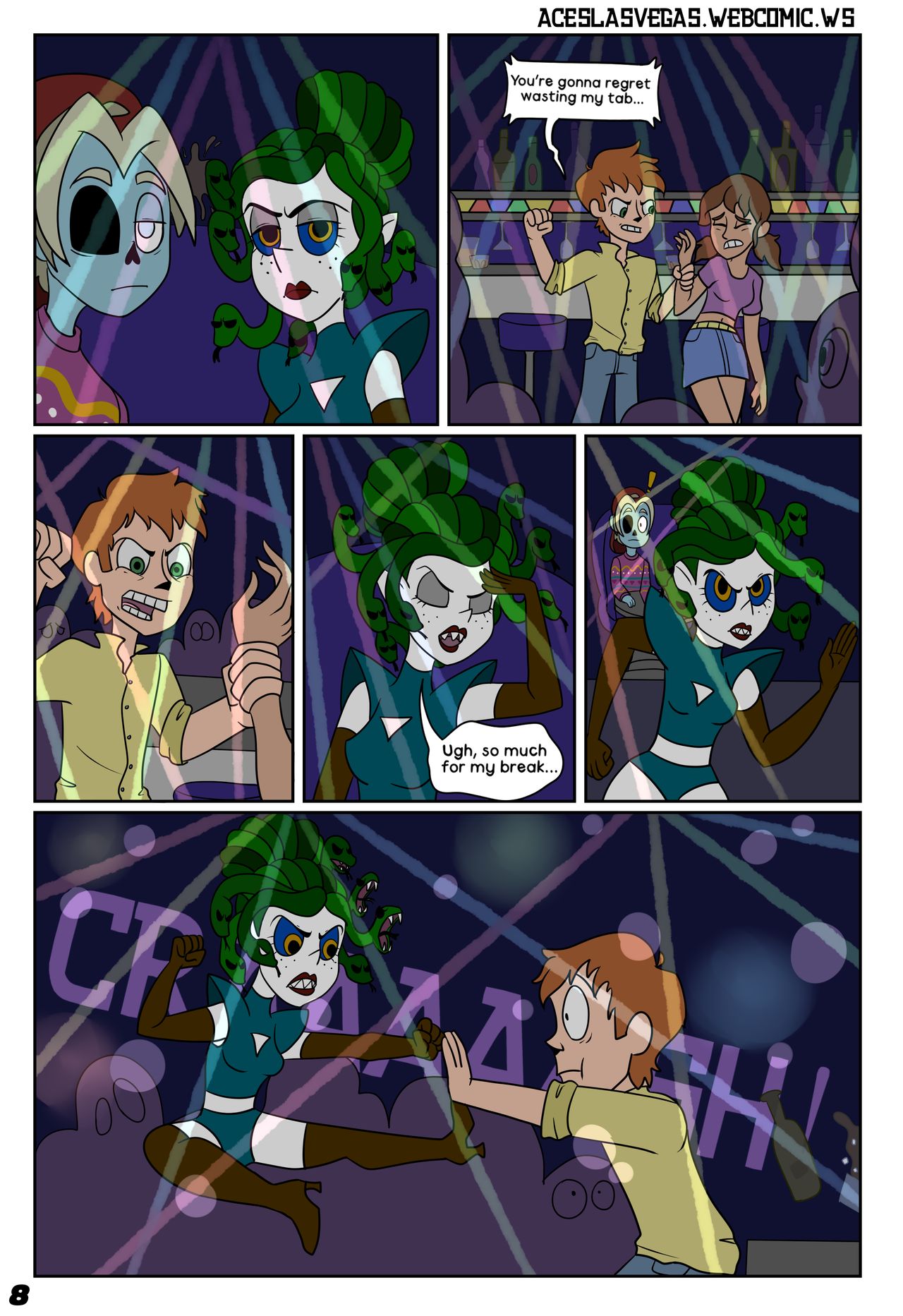 
This took a while longer than normal, but for those who don't know, we now have a 2nd artist in the ACES team!
Much like Jam, Medic is also a TIAFOE alumn, and is now in charge of backgrounds, inking/coloring/shading, and also adding in text (hence why it looks a teensy bit different)!

Going forward, we hope that future pages will look even more spectacular! :D

Also, we now have an official Twitter page for ACES!
Follow us there for page updates, WIPs, and general Eurobeat/Las Vegas aesthetic! twitter.com/aceslv1

The Rest (C) Someone who has the same expression as Frankie and Val whenever I see how cheap Activision is with distributing wumpa coins in CTR Nitro-Fueled. (The weekend and daily bonuses should be permanent. :I )