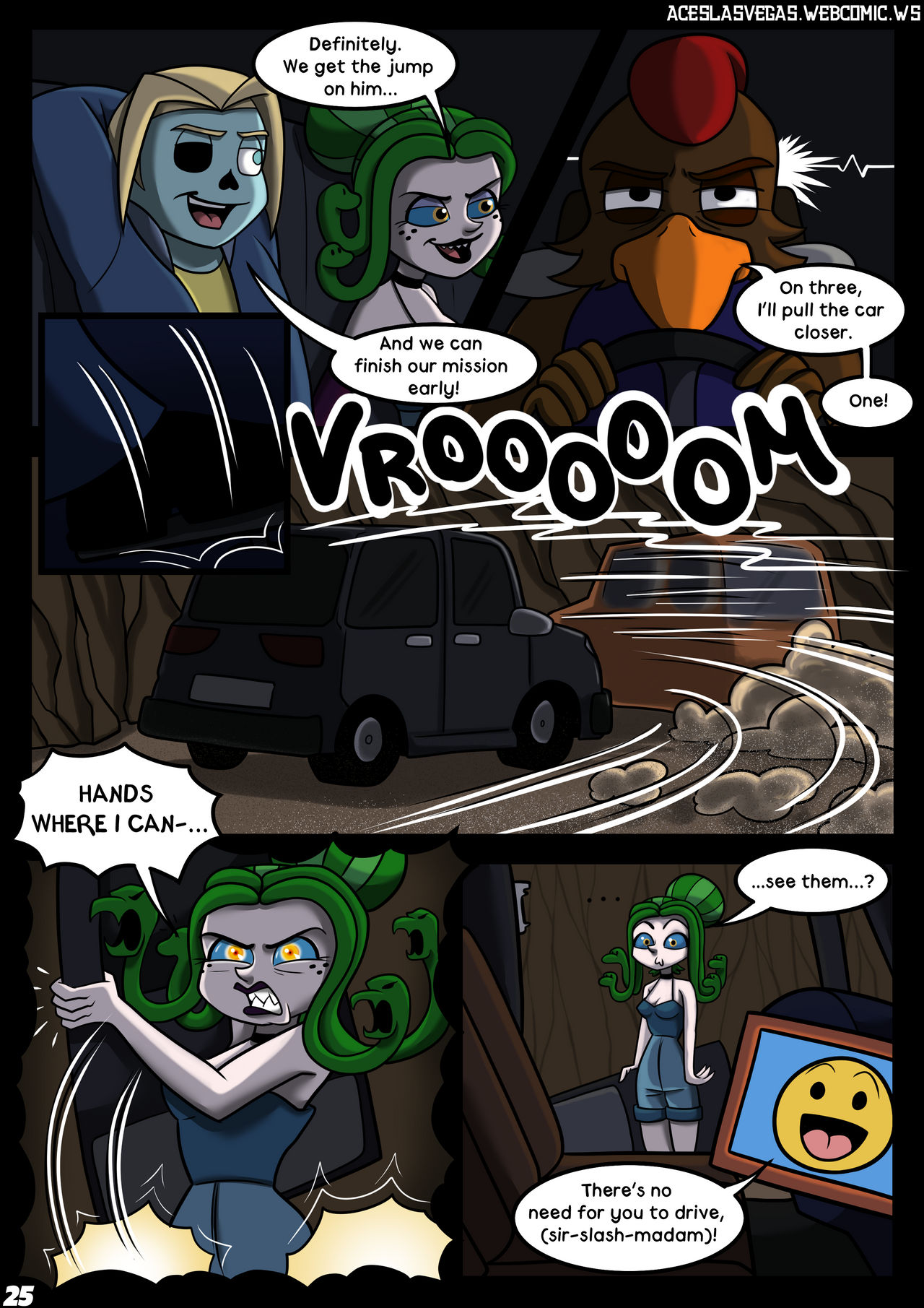 
When I was writing the script, I had seen that at CES 2020, they were testing out driverless cars, and I thought that it would be a nice gag to have the trio think they would get some kind of lead by apprehending the driver, only to find out it's what's essentially a driverless Uber vehicle.

Hopefully, there haven't been other shows/comics/etc. that already beat me to the punch, by the time we were able to draw this page. ^^;

Art (C) Eli ( twitter.com/Valentinesart30 )
The Rest (C) Someone who's excited to be going to a sit-down restaurant for the first time in over a year, next week... too bad it's gonna be in Palm Springs, where it'll be 111 degrees. X_X