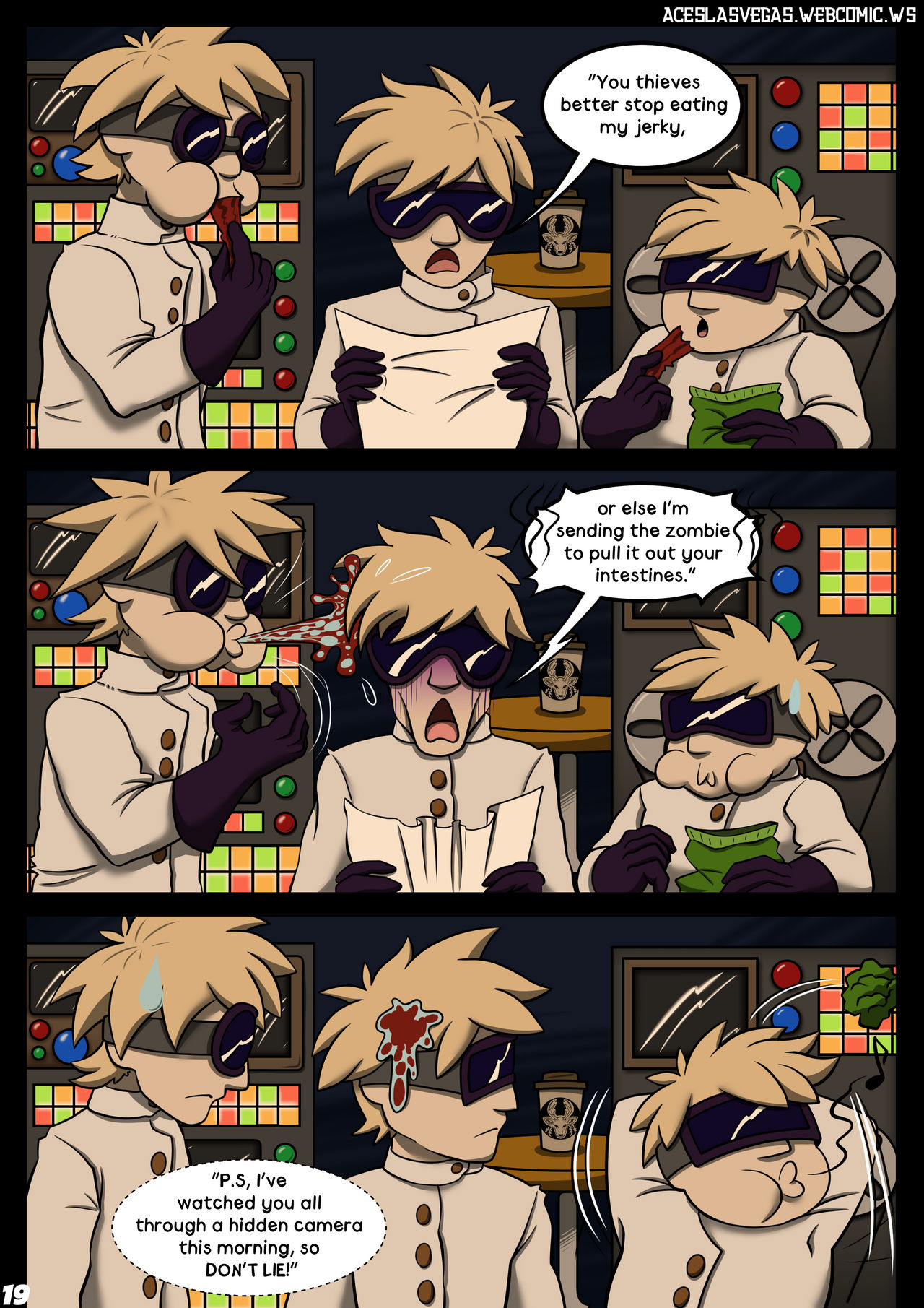 
What? You thought Gordon's "third eyes" were only limited to seeing his son and his friends? At least with having hidden cameras at his workplace, he can see people snatching his snacks and call them out on it!

Frankie's gonna be all confused, in the event he actually has to go to Dreamland. >>

Art (C) Eli ( twitter.com/Valentinesart30 )
The Rest (C) Someone who's wanting to grind for that glitch emote in Fall Guys, but I also wanna play Returnal. Hmm...