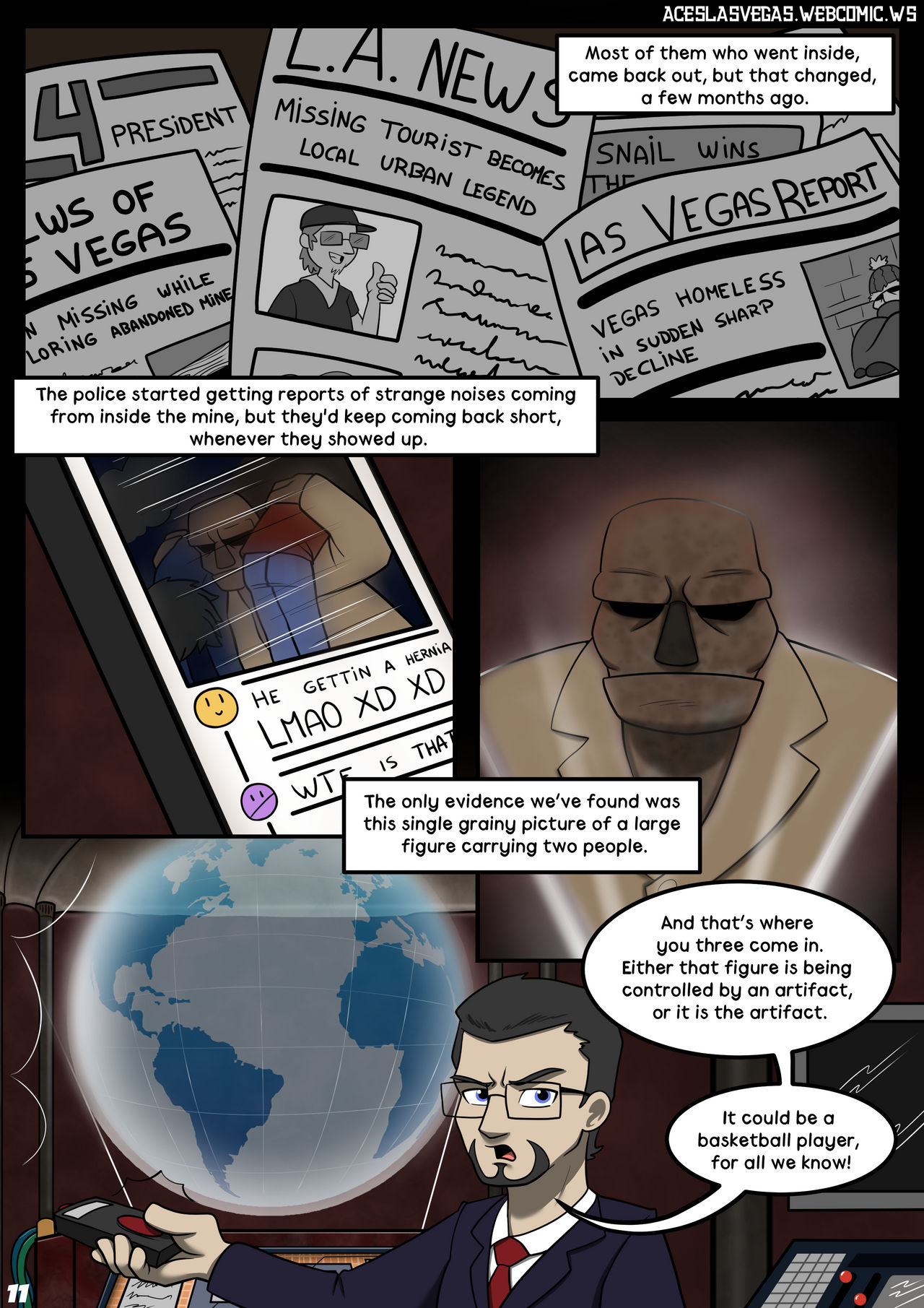 
So, the inspiration for the gang's first case was this youtube video I saw, years and years ago; something along the lines of "Youtube's unsolved mysteries", and one of them showed this guy who was apparently some kind of urban explorer, and his last known whereabouts was him entering a mineshaft in the desert somewhere (Don't remember if it was in Nevada or Utah), and he seemingly disappeared off the face of the earth.

I thought to myself, "maybe that could make for a good idea!", right when I was beginning to write the script, where the angle was maybe there really *is* a paranormal reason why people would enter these dangerous mines and never come out.

I'd elaborate further, but that's gonna have to wait til the end of the chapter.... if I happen to remember what I just said by then, anyway. ;)