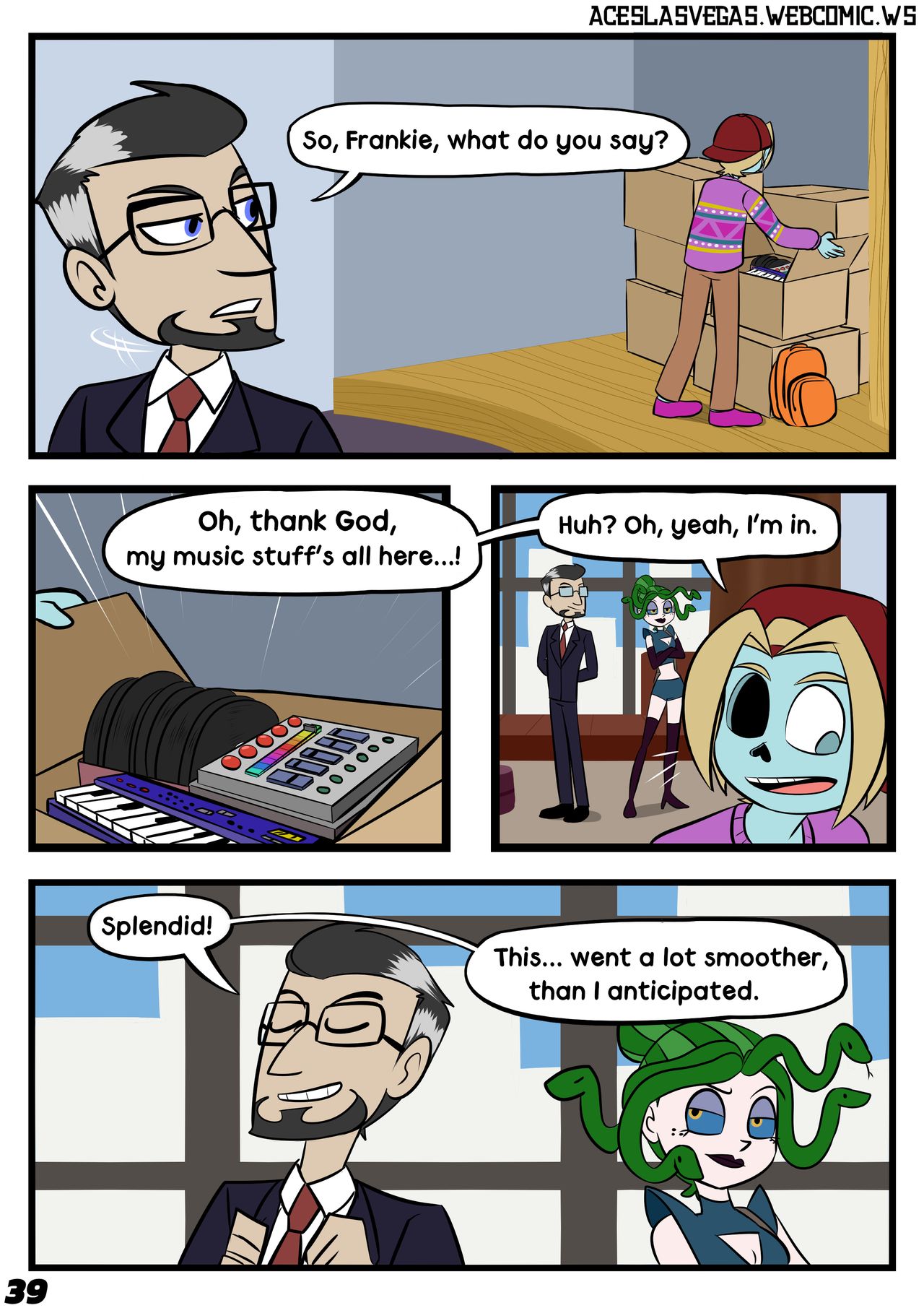 
5 pages left til the end of Chapter 1; it feels melancholic, because Uma will not be sticking around for Chapter 2 and beyond, but at the same time, I'm glad that we're finally going to be finished with this one, and we will now have a structure to build upon with the next artist, especially once Val and Alfred's ref sheets are finished.

I was foolish in thinking that starting ACES would be easier after learning what to expect/work on, back when I started Moonlit Brew (there was still chaos towards the middle of the chapter), but on the bright side, I didn't go through 3 different artists in the first chapter like I did with MB (It was just Jam and Uma, both of whom departed and departing, respectively, on less rocky terms, by comparison).

I can't really fault Frankie here; music production and DJ equipment are expensive AF! Believe me, I've actually thought about buying a digital turntable when I was in my early-20's, and the Novation MIDI keyboard I bought back in 2013-ish wasn't cheap, either!