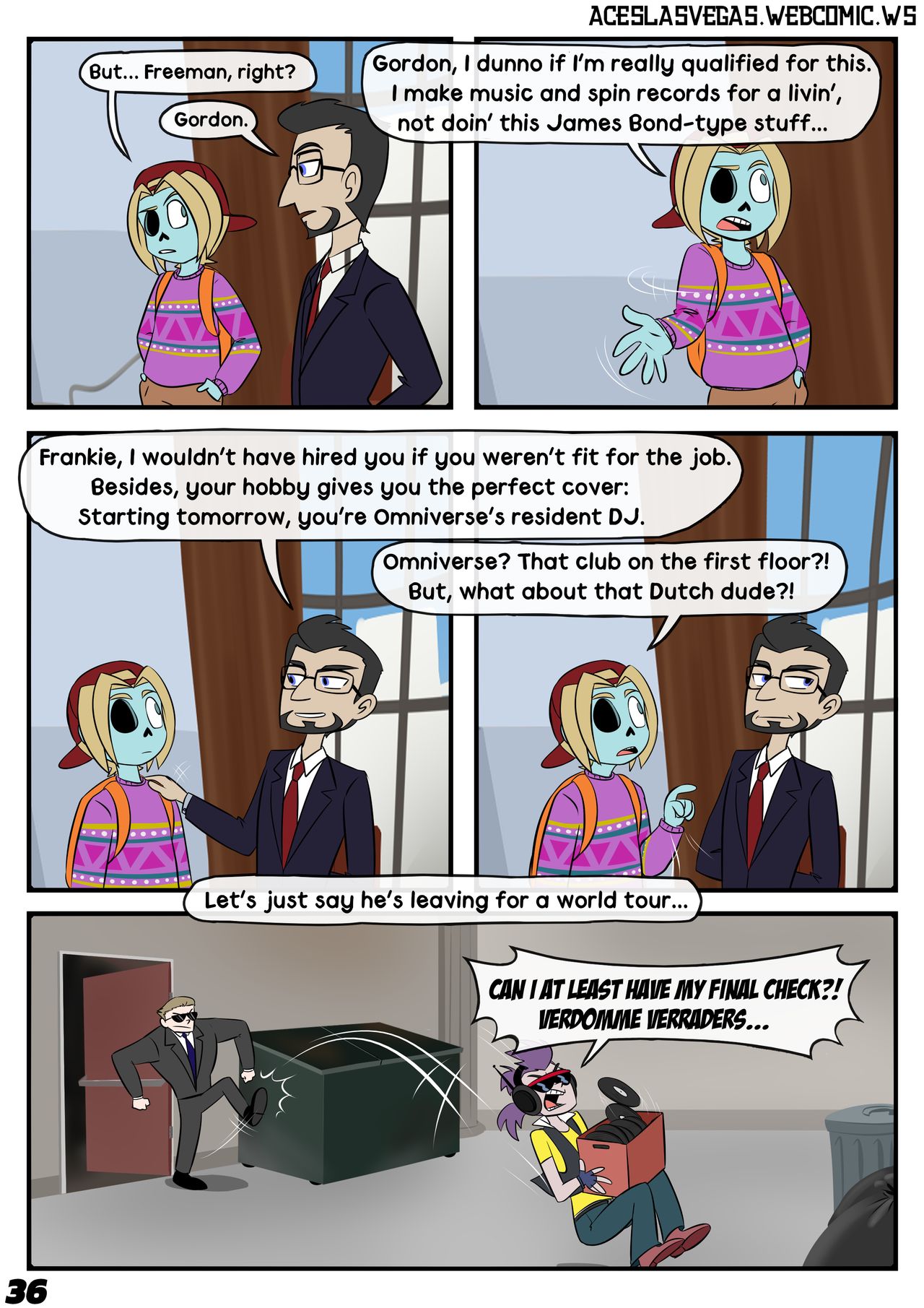 
This was one of those pages that I didn't know how to properly write until it just clicked towards the end. I really hope I didn't botch the Dutch cursing here, since I used Google translate. XD

Art (C) Uma https://twitter.com/UmaYorokobi
The Rest (C): Someone who's so close to the cap in Fall Guys, I can practically taste it... on second thought, that's the Pepto Bismol.
Current Jam: Feel Ya Power - Dave Simon
edit delete