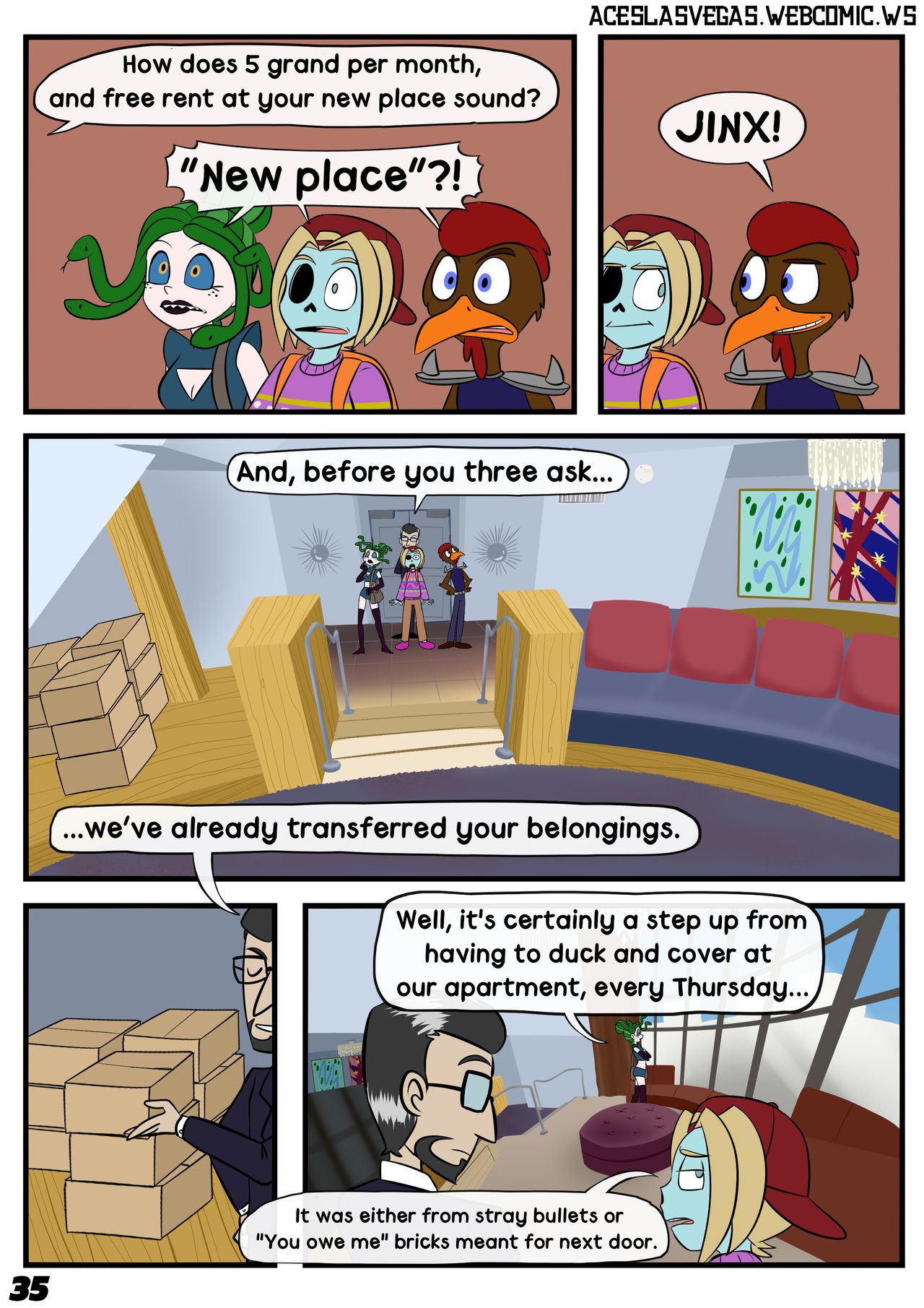 So, as I was writing this scene, I wanted to find a hotel room that would seemingly be fitting as "living quarters" for a top secret agency, sorta like how Warehouse 13 had their agents sleep at a bed and breakfast when they weren't gathering at the titular warehouse filled with artifacts nearby.

Since I was basing Circe's Gardens off of Caesar's Palace, I was obviously limited to finding rooms at that hotel, but thankfully, this place has a wide variety of rooms, and I eventually stumbled upon this Forum Tower Duplex Suite that, coincidentally, was featured in a few movies, but that's besides the point; specifically, the layout is perfect since it's practically an apartment within a room, so one of the bedrooms would be where Frankie and Val would sleep, while the other would be for Alfred.

I actually have some cute little things planned for when they finally unpack their boxes and have their personal belongings in their rooms, later in the comic, but I'll keep it a mystery for now!

Art (C) Uma https://twitter.com/UmaYorokobi
The Rest (C): Someone who's starting to get close to being Pirate Legend! :D
Current Jam: Ya Ya Ya - King & Queen
edit delete