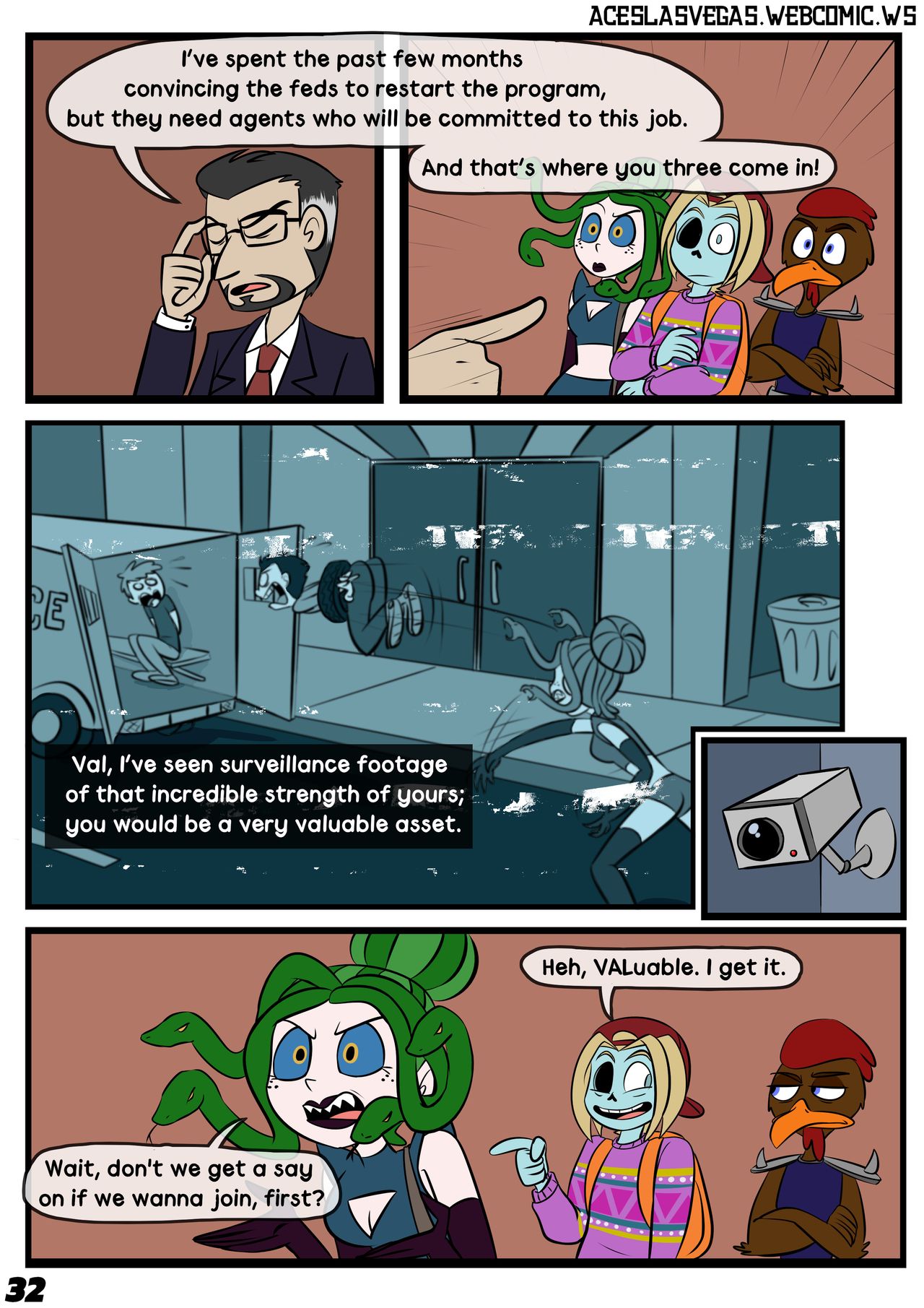 
And now we get to see why Gordon wants Val, Frankie, and his own son to restart ACES.

Originally, this page and next was going to simply have Gordon explaining why he needed them without showing shots of showing why they are perfect for the job, but that would've been boring. XD

One of the best pieces of advice I can give, if you're writing a script in general, would be to imagine your scene from the reader/viewer's perspective, especially when you're revising! This leads to the most important rule I have in the writing process: "Show, don't tell." If you can show more than people just standing around and talking about something that's happened or will happen, do it! Otherwise, people will start losing interest.

P.S., writing that pun took me only 5 seconds to write. I have no regrets.

Art (C) Uma https://twitter.com/UmaYorokobi
The Rest (C): Someone who thinks they fixed that controller problem; probably a dying USB port
Current Jam: 1 For The Money, 2 For The Show - Niko
edit delete