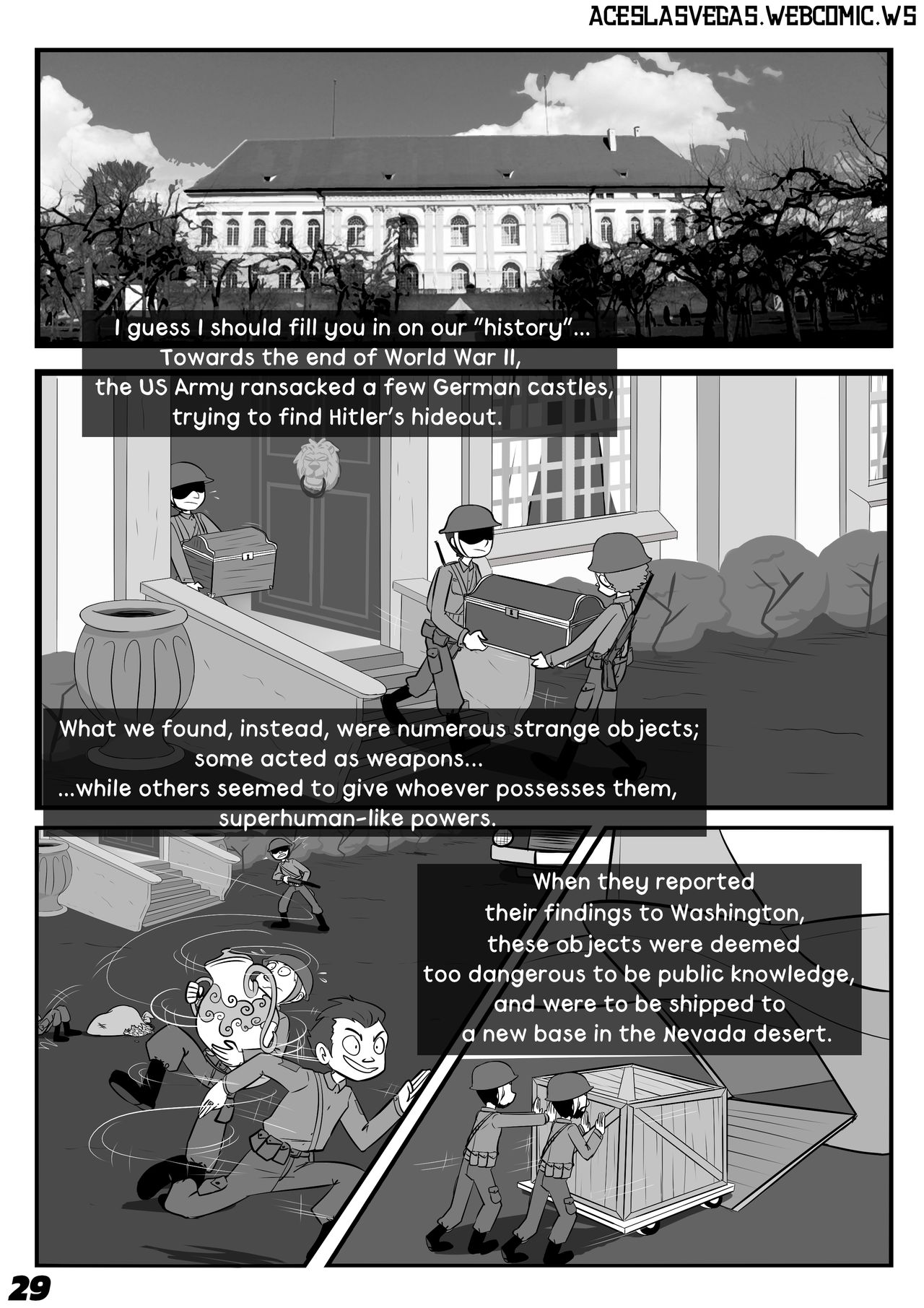 So, when I was coming up with this scene, I felt like starting at the end of World War II would be a nice place where the US army would discover the artifacts, because the Axis forces did a bunch of unethical experiments, so I figured they probably would've known about these various powered objects for quite a while before the Allied forces started raiding German castles.

Also, I wanted to use Dachau Palace as a reference for the first panel because I figured Uma would be able to draw that a lot easier than a more famous castle like Neuschwanstein.

Anyone expecting aliens in the next page might be disappointed (sorry, Emy. : < ), but you'll get to see a bit of this comic's version of Area 51, pretty soon!

Art (C) Uma https://twitter.com/UmaYorokobi
The Rest (C): Someone who's hoping Psychonauts 2 is gonna be worth the extra year-long delay... (I'd prefer to play it before I'm 30. :< )
Current Jam: Nobody Knows - Gino Caria
edit delete