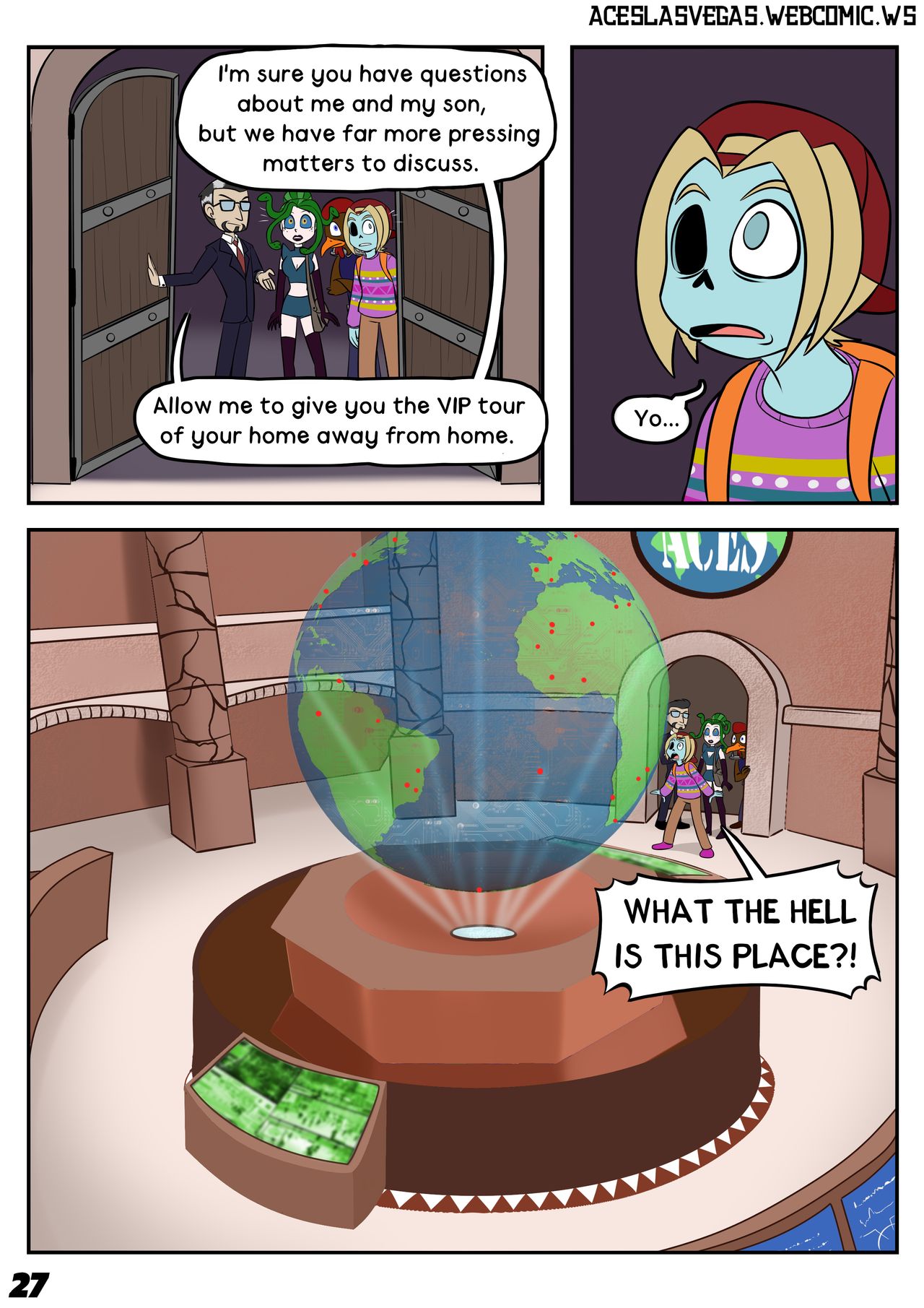 
Now I can divulge on ACES HQ, now that you can see it in full!

So, when I first started conceiving the ideas that would ultimately become ACES, back in August 2018, I was trying to think of how I could make Las Vegas the perfect setting; I knew I wanted there to be a secret HQ in a similar vein to Moonlit Brew's PXS, but trying to figure out how to implement one in a city full of tourist attractions would make it very difficult to make it similar to the Seattle Municipal Tower.

Then I remembered there used to be a long-defunct attraction at Caesar's Palace called Caesar's Magical Empire; it was this cheesy magic and dinner show they had, back when Las Vegas was trying to appeal to families in the 90's. There's a music venue where it stands now, but I thought to myself, "What if the attraction just sat abandoned for so long, the FBI repurposed it into this top-secret headquarters that's hidden in plain sight?"

Don't ask why I remember this place; I think it has to do with the fact that when I was 6-7, me and my sister were creeped out by the catacomb/crypt theming that it had when we went to Vegas for the first time.... that I could remember, anyway.

I guess you could say this comic is an amalgamation of all the things I really liked throughout my life, all rolled up into what you see here!

Art (C) Uma
The Rest (C): Someone who is having the left click on his mouse die at the WORST POSSIBLE TIME! X_X
Current Jam: Kobra Is My Killer - Dolly Pop
edit delete