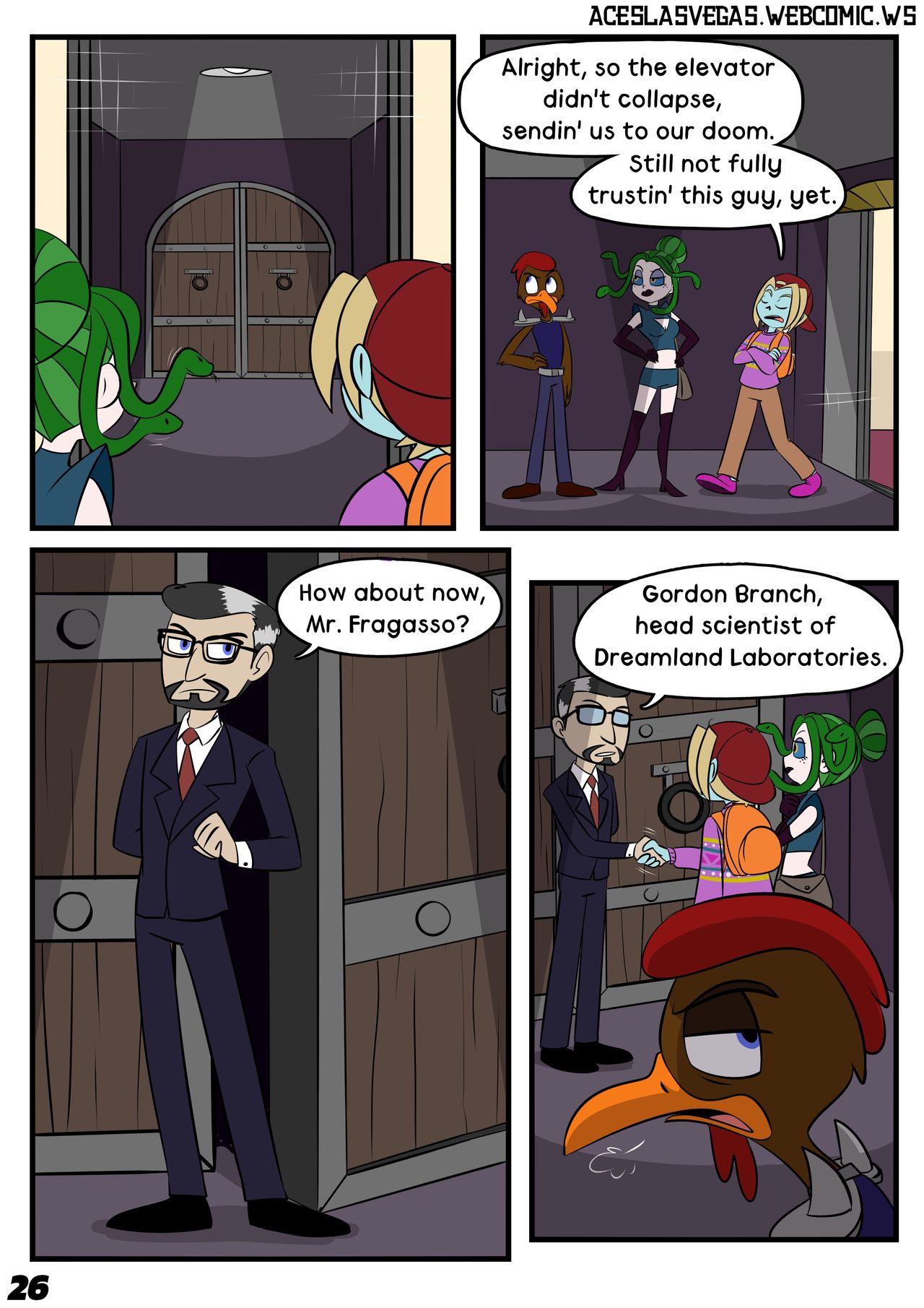 
We finally get to see Alfred's dad for the first time! :D

So, when I was writing the script, I subconsciously had J.K. Simmons' voice in my head as I was working on Gordon's dialogue. I kinda imagined him looking sorta like Gordon Freeman from Half-Life as I was getting a better grasp of his quirks (which you will see, in due time), and I've thought about him looking more like Tenzin from Legend of Korra, but he would've looked ridiculous with that kind of facial hair. Hopefully, the salt-and-pepper look on his hair will give him a more distinct look!

I wonder if you're starting to piece together why his son has a spat with his father?

The next page is gonna be super exciting because 1. You'll get to see what the main base of operations for ACES looks like (and it's based on a fairly forgotten attraction), and 2. We're REALLY starting to get into the "meat" of this chapter! Wanna know what ACES is? What their purpose is beyond what you can see, based on the title itself? What the history behind the organization is? You're gonna find out, soon enough!

Art (C) Uma https://twitter.com/UmaYorokobi
The Rest (C): Someone who's falling in love with Persona 4 all over again, now that it's finally on PC!
Current Jam: You Don't Give Me Love - Vanessa
edit delete