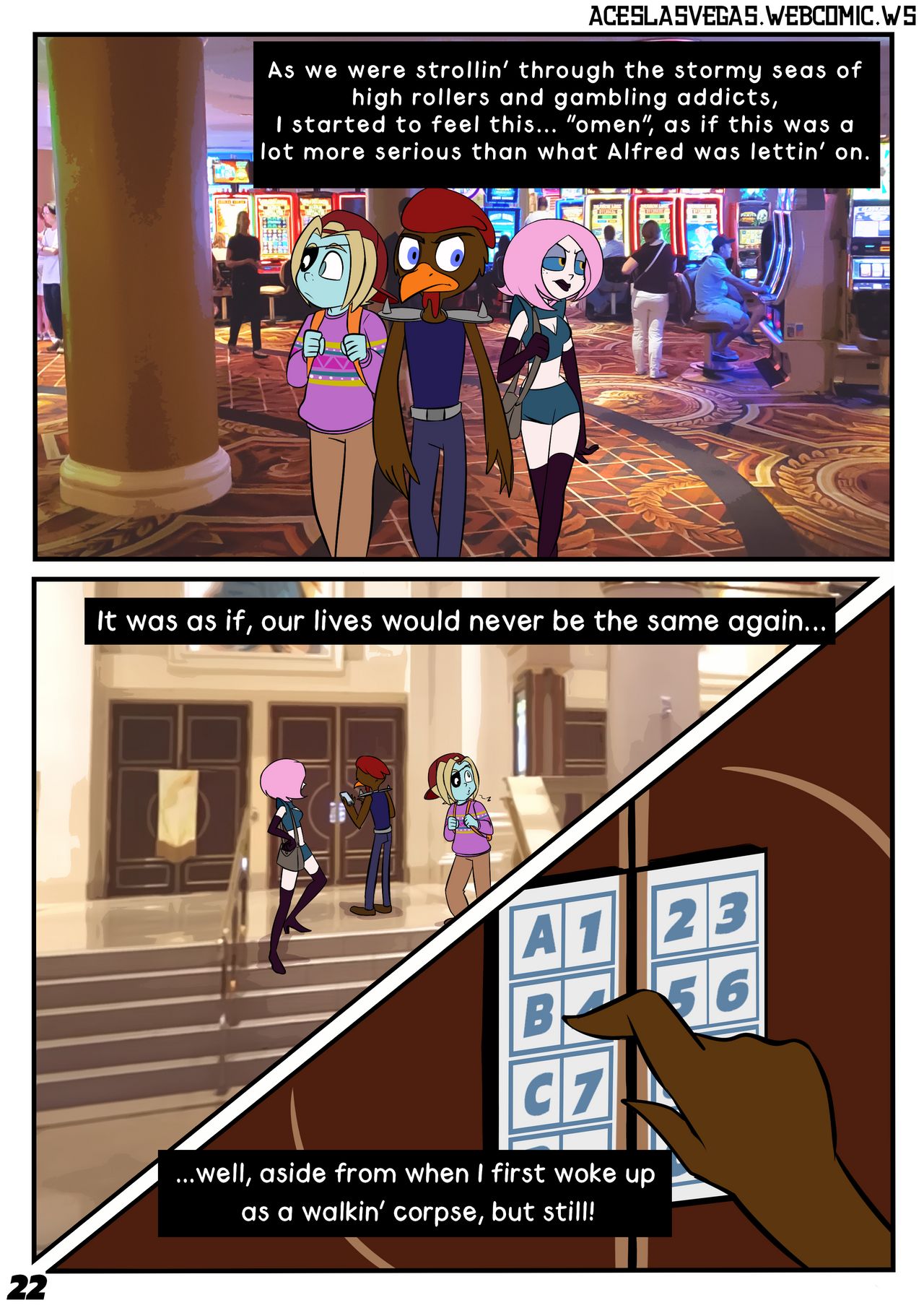 
How's everyone doing? I've been hanging on; I'm slowly but surely trying to play some games that I own on Steam but never touched before (at the moment, I'm going through Broken Age, the game that would have been my first Kickstarter pledge, had my credit card not been declined when payments were being processed. :/ )!

Anyways, Uma took a different approach to handling the backgrounds for this page, since hand-drawing a casino would've been a lot of work; The top panel's BG is actually one of the many pictures I took from when I was in Vegas, last year, while the bottom's was taken from a Youtube video, since I did not venture into that part of Caesar's-err, I mean, "Circe's Gardens". I'm really curious to know what you folks think about them; if you're not a fan, the future pages will be hand-drawn, anyway, so don't worry about this being a permanent thing!

I wonder what's behind the doors?