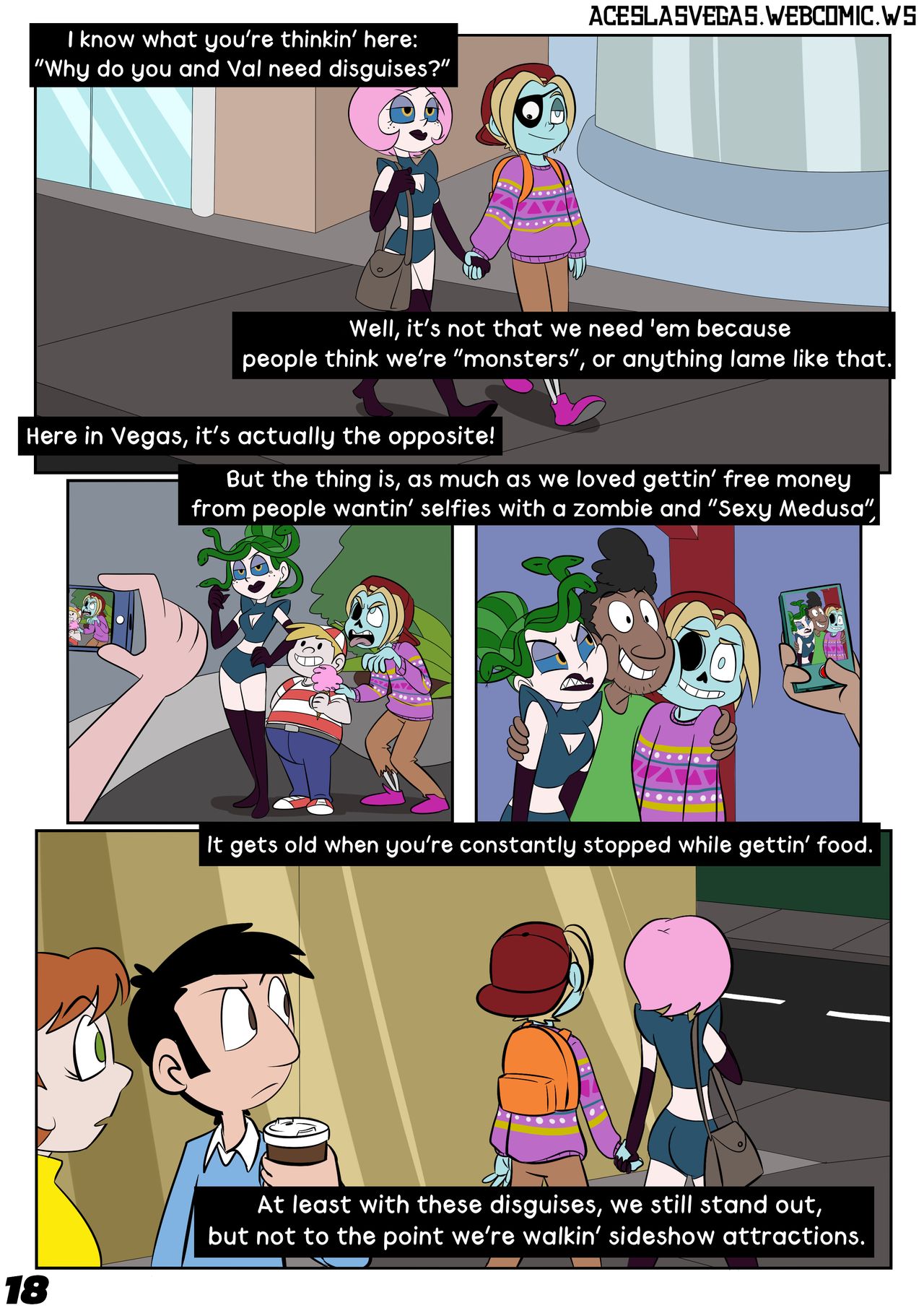 
Eyy, we finally get to see Val and Frankie's disguises for the first time*, and in color!

Part of the attraction of having this comic take place in Las Vegas is the fact that a lot of things work differently compared to any other "destination city"; being "in-costume" is the norm on the strip because there's a lot of shows in various resorts, and also because there are a bunch of people on the street dressed up as old-school showgirls/superheroes/etc. who charge money to tourists for a quick photo-op, kinda like how it is on the streets of Hollywood. It also allows me to give the characters that Lilo & Stitch angle where they're having to deal with the occasional annoying tourists because of where they live. That being said, neither Val, nor Frankie and Alfred, can "take off" those costumes, so if they were without jobs, they could theoretically make a few quick bucks because most of those tourists are none the wiser and think they're wearing authentic, expensive AF makeup/outfits. *Maybe* they can get away with doing it at Disneyland, but if that one Santa at Disney World is any indication, they'd probably get sent cease and desist orders and have to tell patrons that they're not from real Disney films.

I seriously can't wait to see your reactions to how this scene plays out; I had this in my head for-ev-er.

*Anyone who's seen these VALentine's Day drawings from last year will already be familiar with the disguises. ;D


Art (C) Uma
The Rest (C): Someone who's gonna try to see Onward on Wednesday. Less risky than going this weekend. >>
Current Jam: 1 For The Money, 2 For The Show - Niko
edit delete