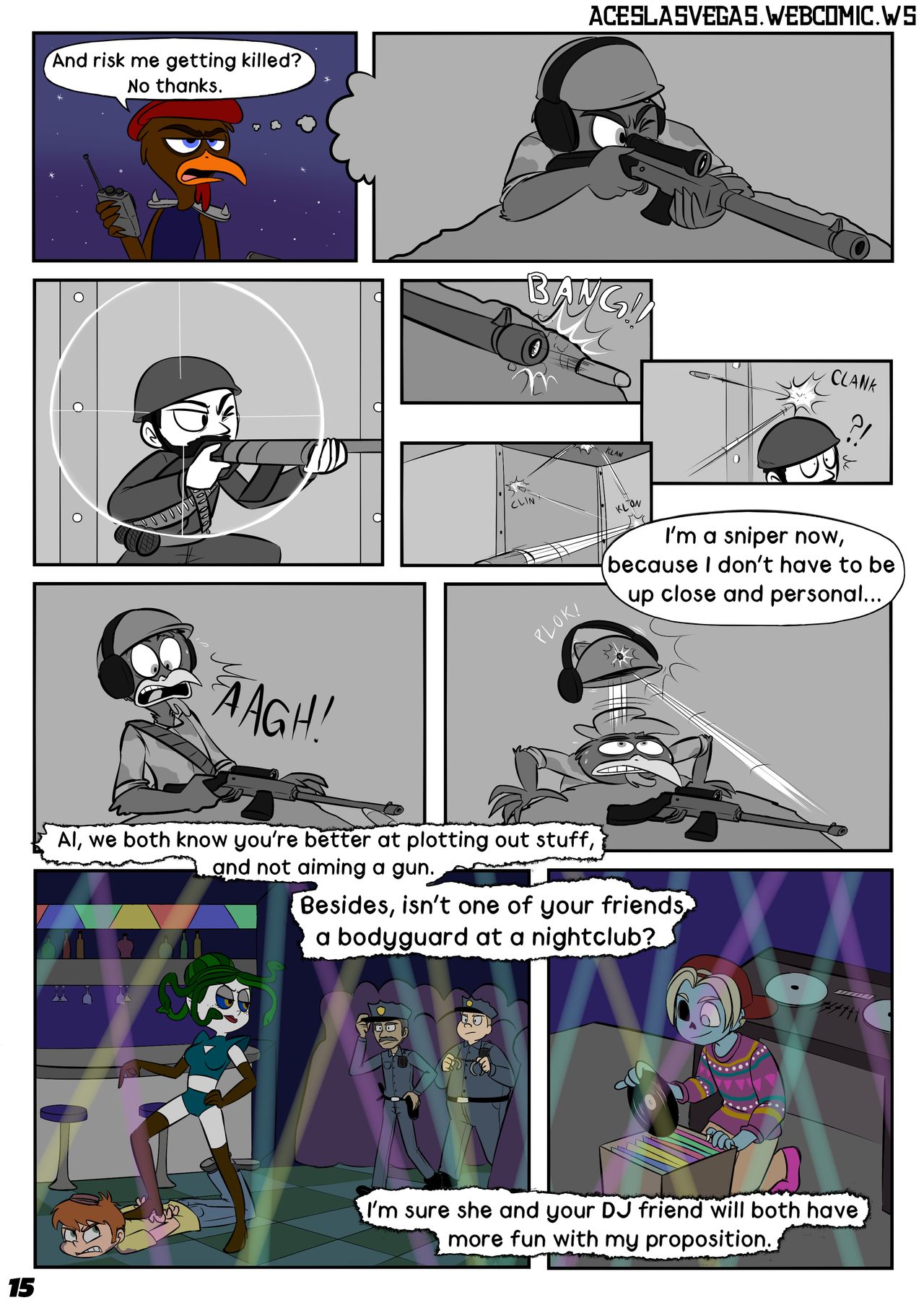 
After another lengthy delay, we're finally back, and with a brand spanking new artist at the helm! I'm super excited to be continuing this comic with an artist like Uma, and hopefully, this will also mean you'll be seeing a lot more of it, from here on out!

So, there's quite a bit of stuff to go over, with this page! Specifically, the flashback was originally going to be Alfred at a firing range as part of his training for his new (and soon, old) job, but after reading through the script Uma suggested we tweak it a bit, to where it's an earlier assignment. One thing has remained the same: the fact that if you're not careful, a high-caliber bullet can ricochet right back at you, and before you ask, yes, this *does* happen in real life!


I'm with Al here; I hope this proposition of his is actually worth jeopardizing his high-stakes (and probably high-paying) job... Oh, who are we kidding here? You've already seen the first couple pages. XD

Art (C) :devumayorokobi:
The Rest (C): Someone who's happy to finally get this going again after 3 months of this being on ice... Hopefully, we've got blowtorches, now! >>
Current Jam: Shy Gun - Oda
edit delete