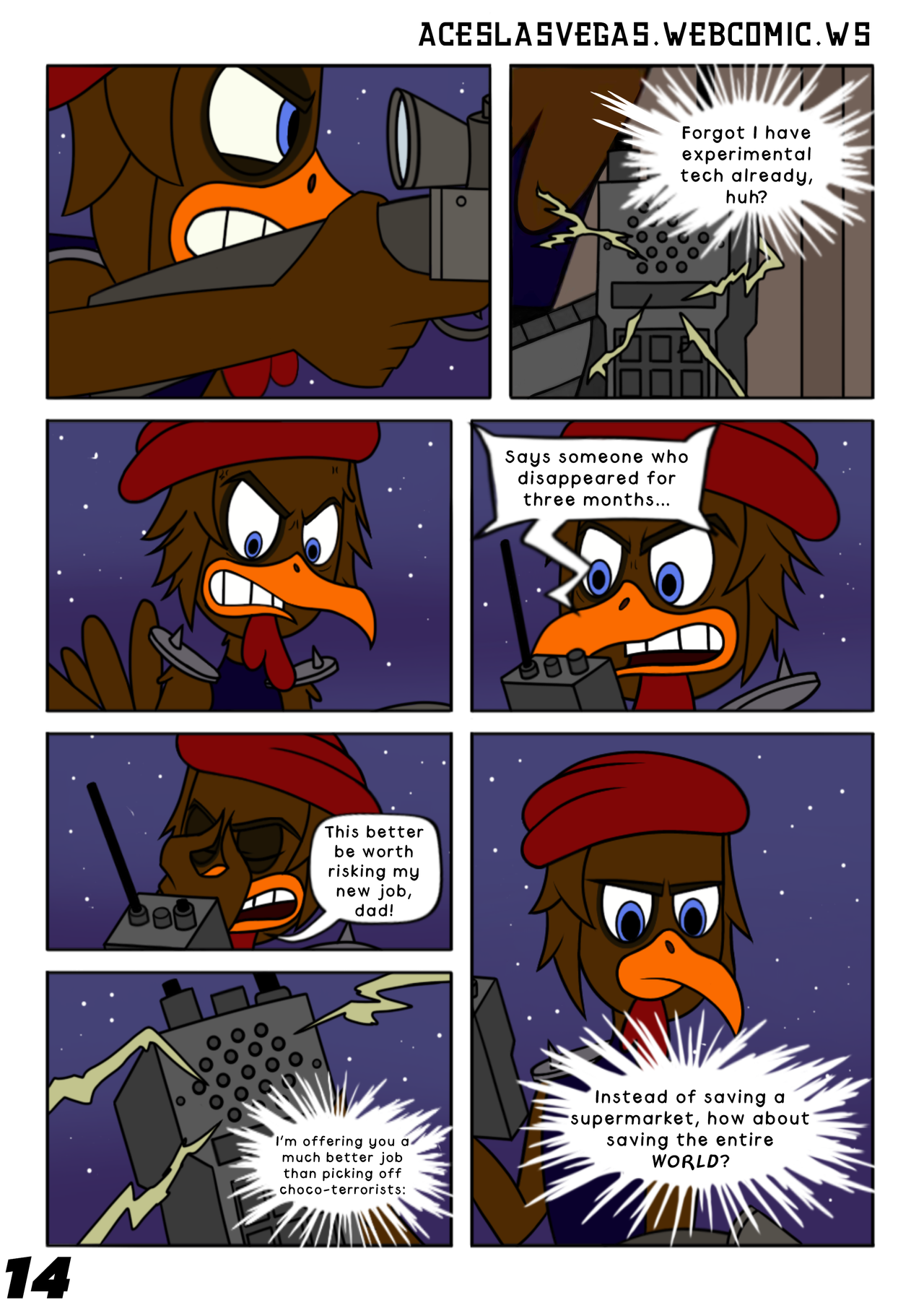 
Sorry this page took a while to be made! A lot has happened since page 13 was uploaded; Medic was MIA for a couple weeks, and when she came back, she was in the hospital for reasons I'm sure she would rather me keep private. So, a few days later, she told me she was wanting to take a break from ACES to recover. and currently does not know whether she will come back or not. While that was going on Jam became super busy with papers and exams at school, up until just about a week ago. Hopefully, now that she's available again, we can get back to making new pages that will be on a regular basis! And before you ask, I have another co-artist who will be joining this comic in either December or January 2020! The only hint I will give you is that she's also a TIAFOE alumna! Once we get there, I'll mention who she is, but for now, have some more daddy issues. ;)

The Rest (C) Someone who should probably change their DA/Discord avatars after his birthday on Saturday, since we're now in the holiday season. ;)